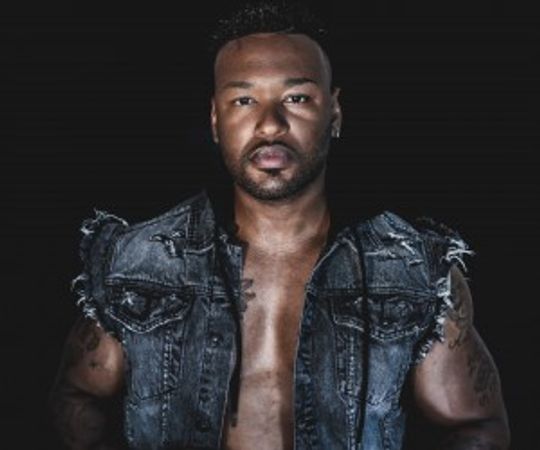 Trav Torch is a Maplewood, New Jersey native whose latest efforts suggest he may have contemporary R&B in a choke hold. Oddly enough, he started out as a rapper at the age of 13 but always had a passion for R&B music. He made a full conversion to R&B in his mid twenties. He is a true student of the genre, taking cues from all of the greats. It’s not just studying, however, that makes him who he is. It’s his ability to take human sexuality and transform it from a taboo subject into a topic that everyone should have a voice in. What makes Trav Torch unique compared to other artists is that he writes, arranges, and often records and mixes his own material - one of the reasons he refers to himself as an #RnBSuperhero. He is also the owner and creator of his own record label, Cologne & Cognac Entertainment, where he handles all the administrative, technical, and behind-the-scenes functions that record label executives are responsible for.  Trav has been featured in popular music outlets including HipHopSince1987, The Rapfest, The Source, ThisIsR&B, Respect Magazine, That's Enuff (DJ Enuff), Hip Hop Weekly, AllHipHop.com, HotSpotAtl.com, and more.

On January 21, 2019 Trav Torch released his debut album, "Bachelor Life."  The 11 song album has been preceded by the singles “Naked” and “Sex Tape” among others.  The highly-relatable set flows like a captivating novel, detailing the highs and lows of being a single man in today's day and age.  Each song was penned by Trav Torch and nearly half of the project he recorded and mixed in his home studio.  Trav Torch was also the executive producer of the album and went on to release visuals for several singles from the album (including "Drake Sh!t," “Love You Down,” “Red Bull & Hennessy,” “Sex Tape,” and the title track “Bachelor Life”).

Presently, Trav Torch decided to give more content to his fans by starting "The Trav Torch Show" which airs visually on YouTube and audio versions air on several podcast outlets.  The show typically focuses on providing aspiring musicians and singers with critical guidance and information on how to navigate through the music industry.